A downloadable game for Windows

Karma Flow – the Prototype is a Noir Open-Stealth game made for a Short Game Contest indicted last year by an italian community. The game was developed in a month and a half.

As the subtitle implies, this is only a prototype for the real chapters which I'm working on right now (despite that, though, this IS a full game by itself) .

Both the English and Italian version are available for download!

The player takes on the role of the Meat Hunter Florien Kealborn, an hired hit. Throughout the five episodes that define the whole game experience, the player is tasked with the assassination of specific targets or is given specific mission objectives to carry out.

All of this must be done without alerting the Karma, a new and strange phenomenon that works under the "eye for an eye" principle.

He who kills dies the same way.

The player has complete freedom over the course of action. You can decide where to kill your target, when and how. However, all of this must be done without alerting the Karma. If you do, Florien will suffer the same death as her victim!

This requires you to find alternatives to direct kills.

After a devastating war, the country of Hardnam began to face a major economical and financial crisis, having been "confined" by the countries that won the conflict and being unable to trade or having any kind of relationships with the other countries.

This all changed after the crime families took control of Hardnam.

Soon, criminal activities became the main source of profit, the one thing that made the country survive the crisis.

However, a new and strange phenomenon started to spread across all of Hardnam after having made its first manifestation in the capital of Rolsara. No one knows exactly what it is.

The only things that is known is that it responds to the "eye for an eye" principle.

This "anomaly" has been called Karma.

Florien Kealborn is one of Rolsara's best Meat Hunters, an assassin, currently broke and without a job because of the Karma.

Since it's nearly impossible for her to find an honest job due to Hardnam's current condition, Flo decides to risk it:

the only way is to trick the Karma and get back to business.

Considered to be, by herself mostly, one of the most lethal assassins Rolsara has ever saw. She began working as a hired hit for the Eathan family when she was only thirteen, for unknown reasons. Daughter of Kenneth Kealborn, last boss of the Kealborn family and sister of Marien and Klerika Kealborn. Even though she is an extremely good-looking and sensual female, she's a bit of a "tomboy". She is tough, egocentric, sarcastic and can be really cold and ruthless on the job. However she is friendly and caring towards her closest friends, which aren't a lot, mostly her former colleagues. She's a heavy smoker and usually drinks a lot. She is extremely agile and athletic.

Chris was a brilliant Project Engineer and worked for a very important company before it had to be closed due to what the conflict caused. He ended up without a job and without any money as he had to spend most of his fortune to help her mother overcome severe illness. She eventually died. Chris decided to use his very last foundings to create a small criminal activity and began his career as an hacker, hacking bank accounts and security devices mostly. He eventually draw Don Borkus' attention, which offered him a job in his crime family. Soon after, he left the family and joined the Old Major Organization instead. He was the "mind" behind the Organization, helping Florien and the other hired hits with their preparations before a murder. Chris is a very intelligent and composed individual and always manages to make rational decisions in no time. He, however, lacks the "ruthlessness" and all the other "qualities" that are standard among hired hits, so he never does any "field works" and always stays behind the scenes. He has a really deep friendly relationship with Flo, and respects Old Major a lot. He's a smoker, just like Flo, although not as an heavy smoker as her.

A lot can be said about Old Major, from his many successes in the underworld business to the many allies he made among the other crime families. But there is little to none explanation about his personal info and his past. He was the leader of the well-known Old Major Organization. Most of the time he is silent and speaks only if is absolutely necessary. Florien and Chris always have a hard time remember the last time he smiled or showed any kind of emotion. He appreciates Chris' professionalism a lot but despises Florien's careless and unrespectful behaviour although he simply tries to let it slide. He dreams of expanding his organization and make it the most wanted service for criminals in need.

Everyone knows Marty Rivers! And everyone knows Machinegun Kingdom, the number one weapons and other kind of equipment supplier in all of Rolsara. Marty served as Machinegun Kingdom's celebrity spokesperson and always appeared in all of its commercials along with his girls who he refers to as his "Sexorgeous Chicks". With the manifestation of the Karma, most criminal activities ceased to exist aswell as Machinegun Kingdom, resulting in Marty Rivers losing his job. Marty's a very annoying and irritating kind of guy, always going nuts when surrounded by women. He was very popular among Machinegun Kingdom's followers because of his ridicolous and funny gags, even though he's convinced that his charm made him popular. He has a lot of connections among criminals and suppliers.

The game requires Microsoft Visual C++ 2013 Redistributable (x86) installed in order to be played! (The game's setup will provide you with the software if you haven't installed it already).

If you get a "Not Implemented" error after launching the game, try reinstalling your codec. You can download K-Lite codec pack, which should work, from http://ninite.com .

D. The game gives me a "DirectDraw" error. How can I avoid it?

R. Sometimes, the game can give this kind of trouble. You need to run it in window mode in order to avoid this issue. Simply run the game from the executable's desktop icon. It will make it launch in window mode.

D. My arrow keys or any other key don't work properly!

R. Sometimes this issue can happen.

Keyboard Reset, a program made by Cherry, fixes it. Simply run it once: 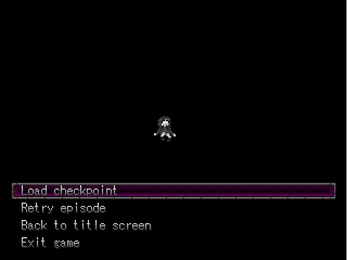 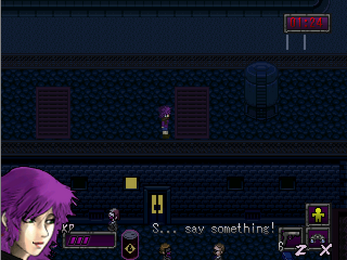 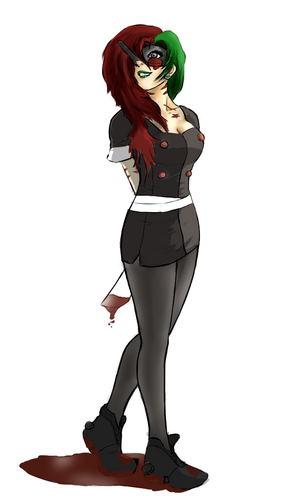 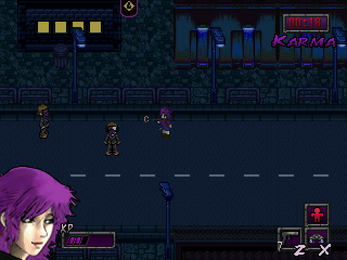 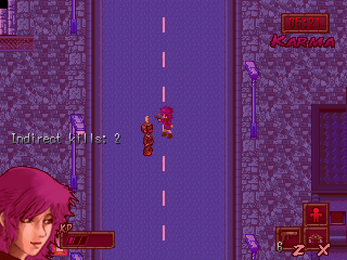 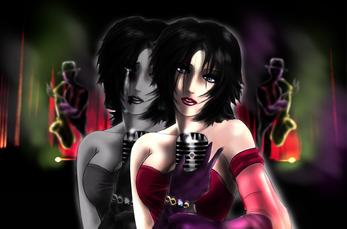 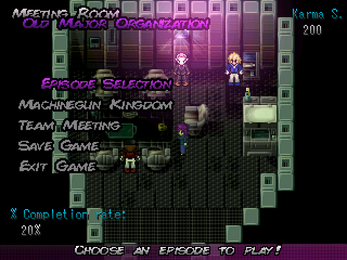 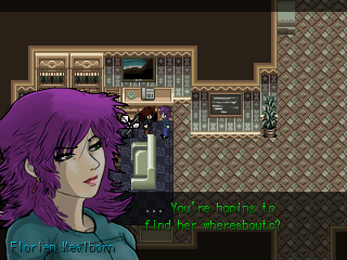 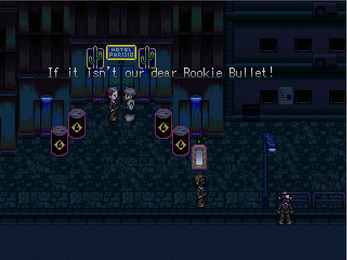 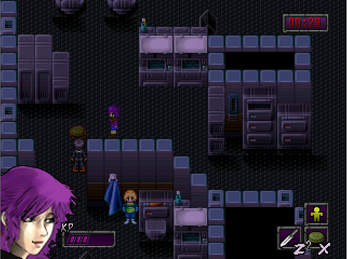 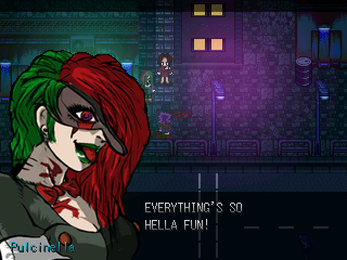 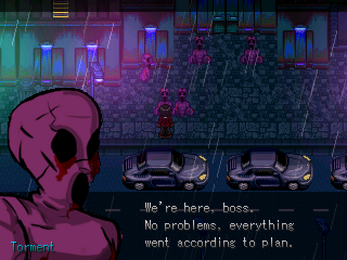 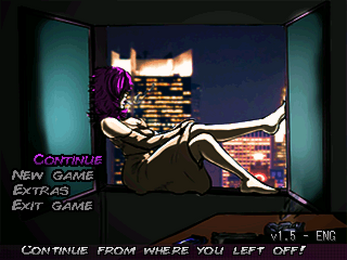 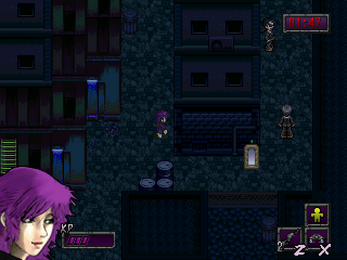 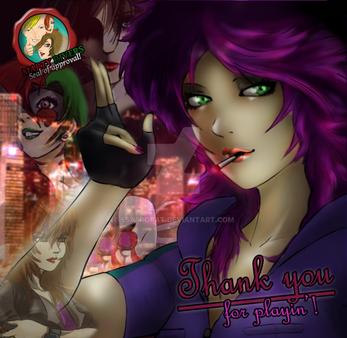 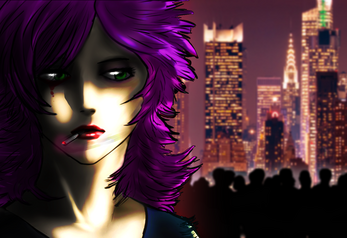 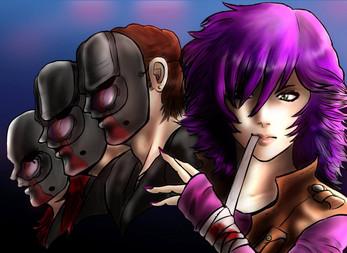 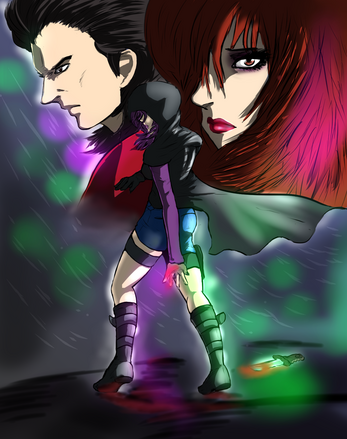